In the Midst of the Storms

Posted on April 11, 2020 by Writing & Photography by David K. Carpenter

Well, it’s Good Friday. The worst thing humanity has ever done–we killed God–happened on this day. What’s so good about that? Let’s come back to that. 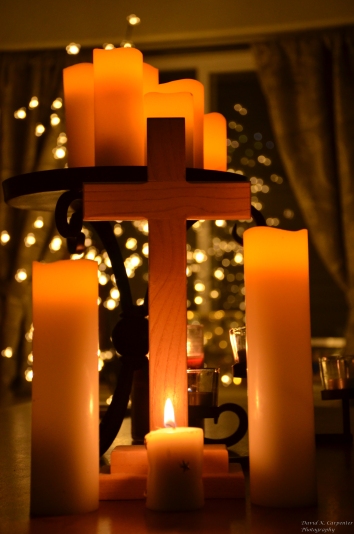 Bad things are happening. The worst of the pandemic in the U.S. may be coming in the next week or two. Nobody knows what’s going to happen to the U.S. or global economy. Meaning, people are losing their jobs or, worse, their health. How can this be happening? How can God allow this to happen? After all, some of the people losing their jobs or dying are followers of Christ.

Here’s the thing. God never promised that everything would be easy or that we would live forever, at least not until heaven comes. In fact, in John 16:33, Jesus said, “In this world you will have trouble.” In the immortal words of Paster Matt Herd (formerly of Woodmen Valley Chapel, now at Northland Church in Florida), “What do you think He meant by ‘will‘?” It seems to be a promise of anything but an easy life.

To explore this a bit further, let’s look at Jesus’ life. If anyone were going to have an easy life, you’d think it would be the King of kings and Lord of lords, right? But He didn’t. After He started His ministry, He was homeless. He was rejected by His own people (as the prophet Isaiah had predicted 400 years earlier). He was betrayed by one of His best friends and denied by another. He was falsely accused and subject to the worst kind of injustice–an innocent man convicted and condemned to die. And of course, Good Friday memorializes the day He was tortured to death. In Gethsemane garden, He prayed fiercely–to the point of sweating blood–that the Father would take this cup from Him. Did God the Father answer His prayer? Well, yes, because His ultimate prayer was that the Father’s will be done. But He didn’t get there easily.

Anyway, not a biography anyone would aspire to. So if Jesus had storms in His life, why in the world would any of us think we should be free from them?

But there’s good news here as well. The complete text of John 16:33 is this:  “I have told you these things, so that in me you may have peace. In this world you will have trouble. But take heart! I have overcome the world.” So Jesus doesn’t promise that our lives will be free from storms, but He does promise to be in the boat with us during them if w let Him. He can give us comfort or strength, or even take us right out of the storm (as He did for the disciples when He walked on water to meet their boat in the midst of a storm; as soon as He got in the boat, they reached the other side of the lake).

We always want the storms to go away, or never even come, and for good reason, of course. But oftentimes, Jesus rides into our lives on the storms. And maybe even more frequently, that’s the only time we’ll let Him in. I’m not saying God causes the storms, but He can redeem them when they happen if we let Him.

So when facing the storms that will happen, we should take comfort and strength from knowing that God is on our side, that Jesus is in the boat with us. In his letter to the Romans, Paul asks the insightful question, “If God is for us, who can be against us?” Indeed. Jesus promised to be with us always, even to the end of the age. That is both comforting and strength-giving.

Sometimes I visualize it this way:  when I’m feeling small and weak and not up to tackling a problem, I picture myself as the 98-pound weakling on the playground trying to stand up to the bully (the problem). I am pleasantly surprised when the bully runs away, and for a moment, I feel tough. However, a minute later I turn around and realize that the reason he ran away was because my Big Brother was standing behind me. After a split second of frustration that I couldn’t face the bully on my own, I realize how grateful I am that my Big Brother cares about me enough to help me deal with the bully. And also, reality sets in and I realize that I probably would have gotten my butt kicked without Him!

OK, so what’s so good about Good Friday? This is when our Big Brother, Jesus, faced our ultimate foe–death–on our behalf. Because He did this, the curtain in the temple that separated us from God was torn in two from top to bottom. Meaning that God did it. By covering our sin-debt for us, Jesus gave us direct access to God.

But still, our Savior dies an agonizing death–it can’t end this way. 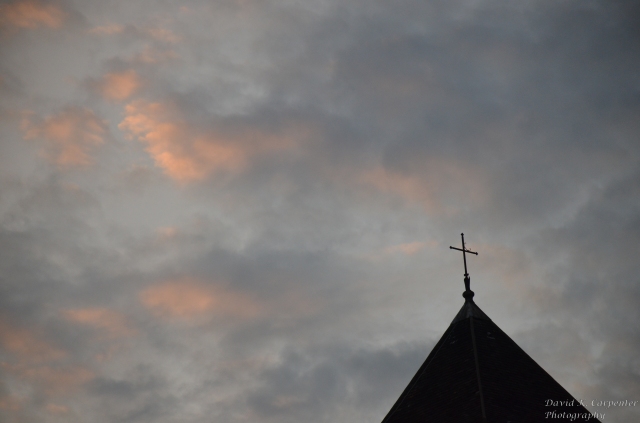 Photographer of Light and Life, Writer of Life as it finds me
View all posts by Writing & Photography by David K. Carpenter →
This entry was posted in Christian, Faith and tagged Christianity, Cross, Faith, Forgiveness, Good Friday, Grace, Gratitude, Holy Week, Hope. Bookmark the permalink.

This site uses Akismet to reduce spam. Learn how your comment data is processed.